Festival, Belief, and Culture in the Chinese Society of Malaysia

This book discusses the religious phenomena among the Chinese population of Malaysia. It has four main purposes. First, the research compares the Chinese people in Malaysia with those in Taiwan, Hong Kong and Macau and shows how a “religion-festival integration” (jiao jie yiti) developed in the multi-ethic religious and cultural environment in Malaysia; this is demonstrated by the high participation of Buddhist and Taoist adherents in the festivals.  Second, the above perspective enables us to understand how ancestor-related practices, such as the relocation incident in Malacca and Yishan in Kuala Lumpur and the ancestral worship in Pulau Pinang, came to be defined by the local people as a “sacred religion”; the “sacredness”  of these practices is particularly emphasized.
Third, the author aims to develop the concept of “idea transplanting” (linian yizhi), by which the celestial inspection of the gods on earth (dai xun), the Nine Emperors  (Jiuhuang), the Immortal Masters (Xian shi ye) and the “tang fan” land  are transplanted to Malaysia. The popularity of these gods and practices among Malaysian Chinese comes from their trans-local qualities. After Malaysia became a nation-state, they served to solidify the Chinese in Malaysia, leading to the subsequent development of “the Festival of the Nine Emperors” and “the Festival of Fude Culture”.
The book finally argues that Malaysian Chinese are good at applying “the art of unification” to organize religious associations. On a small scale, they united neighborhoods and temples to support Chinese religion. More generally, they set up the General Daoist Association. In the name of Daoism, local temples were united and adherents demanded that the state add the new religious category of Daoism in their citizenship registration. “Sacred Religion” has thus been transformed into “Daosim,” uniting the Chinese into a distinct ethnic category in Malaysia. This argument is a novel and major contribution to Southeast-Asian studies. 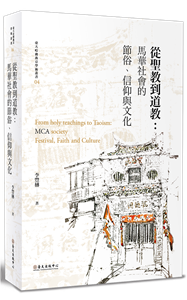 NTU Press is dedicated to printing books that have undergone thorough evaluation. By using contribution to scholarship as the strictest yardstick, it provides a platform that gives researchers the recognition they deserve. Over its 20-year history NTU press has invited scholars and experts to edit or compile a wide range of distinctive book series. Chief among these are the National Taiwan University and Harvard Yenching Institute Academic Book Series, the Taiwan Studies Series, and the Climate Change Policy and Law Series. In recent years NTU Press has actively expanded its global marketing channels in cooperation with local and foreign companies to facilitate reader access to its publications.

National Taiwan University Press has chosen to review this offer before it proceeds.