To Hell and Back

Classic stories of gallantry in World War II are featured in this edition of Mel Rolfe's title containing 20 dramatic but true stories of Bomber Command adventures.;Some of them defy belief - like the RAF bomb aimer who was blown out of his Liberator over Warsaw at 400 feet without a parachute and made a poignant return in 1989 to witness the unveiling of a memorial on the crash site. Others defy logic - like two men of the same crew who survived a terrible crash, neither aware of the others' existence but both saved by the tolling of the same church bell.;Journalist Mel Rolf has conducted his interviews and prepared the stories in such a way as to take the reader into the events as they happened. 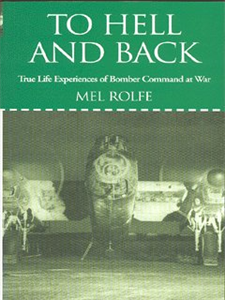