From the Crash of 2008 to the Great Slump

The crash of 2008, when financial markets came to a standstill, has had profound effects that are still being felt globally. Five years after those dramatic events, countries such as Greece, Spain, Italy, Portugal, and Cyprus are still reeling from the aftereffects of the financial crash, while the USA and the UK continue to be in the grip of a long slump. The crash exposed criminal swindles and the more rampant risky practices that have become the norm with the major banks. It has also revealed the failure of policy to curb unbridled risk taking with other people’s money and the failure of policy-makers and economists to see the signs of the inevitable collapse. This book goes further to penetrate the fog of finance and explore the structure and balance of class forces that led to the crisis and its unfolding consequences. The author places the crisis in both historical and global perspectives through comparisons with the Great Depression and the focus on elaborating the role of the hegemony of the dollar over the international financial system. She argues that the crisis is as much a crisis of the neoliberal model of accumulation that finance launched as it is of the mechanisms by which dollar hegemony was preserved. This book provides an accessible point of entry to the literature on the crisis and its aftermath. It lays out a rich empirically grounded analysis of both the structural causes and the continuing repercussions of the crash of financial markets in 2008. 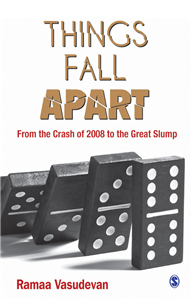