In The Vagabond Lover, author Garry O’Connor performs a delicate balancing act, writing his own life vis-à-vis that of his father, Cavan O’Connor, the famous ‘Vagabond of Song’. The result is a memoir that fully explores the father-son relationship. It’s an account that takes as its backdrop the theatrical, financial, psychological and emotional course of both lives, on a plot line threading both popular and ‘high’ culture. Older readers will remember Cavan as the legendary ‘Vagabond of Song’, who from a poor Nottingham background, after serving in the Great War, won a scholarship to the Royal College of Music. He married the niece of soprano Dame Maggie Teyte. His heyday coincided with the earliest days of radio, when his broadcasts reached listening figures of over thirteen million. He appeared on thousands of records under a range of different names, with the great bands of his era. As a stage performer he topped Variety bills from the late 1920s to his death at nearly a hundred. He never stopped singing. Intercut with these chapters are the author’s growing up and work, tinged with his reluctance to write his life at all. Much turns on his traumatic early days when he rounded on his family, in all its domestic tensions, the only palliative for which was in the plays he wrote, first using as a veil the characters he invented, then explicitly drawing on personal experience as the veil on those characters fell. These chapters touch on episodes surrounding the Paris Odéon Theatre siege in 1968, the scene of early love affairs entered into by the son, but in the shadow of the image and reputation of the father, by then a romantic, legendary figure. Against the family portraits, the beau monde is treated to the author’s asides and vignettes. There is the little aired affair of Harold Macmillan and Eileen O’Casey. There are further revelations of Peggy Ashcroft and Harold Pinter. We glimpse the correspondence of Margaret Drabble. There are sketches of Iris Murdoch and Samuel Beckett. As a student O’Connor was fully immersed in that great flowering famed as Cambridge’s theatrical ‘Mafia’. From that we see sketches of Derek Jacobi, Ian McKellen, Corin Redgrave, Peter Cook, David Frost, Peter Hall, and many, many more, and are given an insight into the ethos of King’s College, Cambridge. The profound and main theme, and unifying force of the book, emerge from O’Connor’s initial reluctance to enter into his father’s life, a preference that in the end gives way to its polar opposite. The Vagabond Lover is a probing search into the nature of celebrity, and for its author reaches its catharsis in shrugging off the flaws and setbacks packaged as part of the celebrity deal. The climax is dramatic, when Cavan suffers a mighty fall.

‘Garry O’Connor’s Shakespeare is a contemporary figure…. The ideas jostle each other off the page in this entertaining book. Speculating about the life of Shakespeare is an instructive way for all of us to look in the mirror.’ John Mortimer, Sunday Times

‘A brilliant detective story…. The more I think about this book, the more I come to believe that it is one of the truly great actor biographies of our time.’ Sheridan Morley, Literary Review

The Secret Woman: A Life of Peggy Ashcroft

‘Stunning…. The best biography of an actor I’ve ever read.’ New York Times

‘A drama in which the soliloquies develop and deepen…the only life of the late Pope that is an artistic achievement in its own right.’ Damian Thompson, Daily Telegraph

Garry O’Connor has worked as daily theatre critic for the Financial Times, and as a director for the RSC, before he became a fulltime writer. As novelist, biographer and playwright Garry has published many books on actors, literary figures, religious and political leaders, including Pope John Paul II and the Blairs. He has had plays performed at Edinburgh, Oxford, Ipswich, London and on Radio 4, and contributed dramatised documentaries to Radio 3, scripts and interviews for BBC 1, as well as having his work adapted for a three-part mini-series. 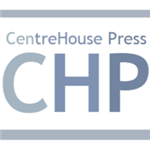 CentreHouse Press has chosen to review this offer before it proceeds.