AT LAST! THE BOOK OF THE FILM! London's royal parks in the halcyon days of the summer of 1968 were a minefield of drugged up and generally lazy youth waiting to be swept away. Though some were swept into psychiatric hospitals, just under the carpet or even back into straight society - some found their way into the clutches of the many religious groups set up at that time by various gurus, dubious reverends and the like. The financial beneficiaries of these groups were most often the same dubious gurus. This is the story of some of these poor souls, their subcontinental guru, a nasty virus, a vicar and many, many too numerous to mention. It is also truly the story of a Great Sperm Whale and a rotting tub full of Greek Seamen. 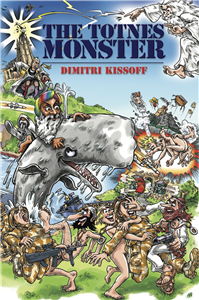