The Self: Between Existence and Creation

Himmich opens his book with a discussion on autobiographical writing, followed by chapters on the author’s early life, starting with his childhood in Meknes.

In Paris, he completes a doctorate degree and there marries a Greek woman, Paneyota.

The heroic figures of his “rebellious youth” are Marx and Sartre, and the challenges of these and other radical thinkers, in both Arabic and European languages, find their way into his doctoral thesis, Ideological Patterns in Islam: Ijtihad and History (in Arabic, 1990).

Subsequent chapters move into the domain of creation, with four categories reflecting the author’s literary, intellectual, linguistic, and cultural interests. Starting with an epigraph of Italo Calvino, the “literary” chapter focuses on the novel, its history, and its complexities.

The chapter on the “intellectual” dimension turns on the author’s lifelong interest in the two pillars of philosophy and history. For Himmich, philosophical thought is “the creative and innovative force through which truths and meanings are sought.”

The two-part “linguistic” chapter opens with a discussion of identity as “a constantly developing entity”. In the second part he expresses disapproval of the worldwide prevalence of “Anglo-American English” and the weakening effects that a lack of language authority has on the sense of national identity.

The “cultural” chapter includes Himmich’s observations from his career, including the poor state of public education and a decline in reading in Morocco. He also considers his time as the Moroccan Minister of Culture and the inevitable complexities of the political system within which he had to operate.

The penultimate chapter entitled “My Polemics” offers four of his own polemical stands: on fundamentalist trends—specifically Islam and “Islamism”; on the prevalence in Moroccan publications of the Latin alphabet; and specific issues with the well-known littérateurs Adonis and Youssef Ziedan.

The work closes with the author’s reflection on the emergence of a new and negative kind of cultural “hegemony”, the awareness of which he attributes with gratitude to Edward Said and the latter’s interpretation of the work of Franz Fanon. 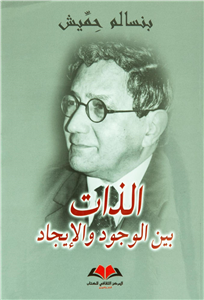 Himmich is an intellectual and author, and the former Minister of Culture for Morocco. He attained his PhD in Philosophy from the University of Paris. Writing in both Arabic and French, several of his novels have been translated into other languages.

The Writers’ Union of Egypt chose Himmich’s novel The Theocrat (Majnoun Al Hukm) as one of the 100 best novels of the 20th century. His novel Mu’athibati was shortlisted for the Arab Booker International Award. Himmich has spoken at several Arab, European, and American forums, and received the grand award of the French Academy of Toulouse in 2011.