The Prayer of St. Francis

This is the story of St. Francis and his journey to the Sultan in Syria, with a message of Christ's peace. Pope Innocent III had already threatened Francis with excommunication if he left for the Crusades, but Francis believed that he was following a higher call.;Francis was accompanied by a Brother Leo, who had been tasked with producing an official portrait of Francis. During the journey, Leo asked Francis to teach him everything he knew about peace. Francis agreed, and he gave Leo daily lessons, out of which grew the "Prayer of St. Francis".;When they finally arrived, the two men were immediately arrested and put into prison. When they were released, they were not taken to the executioner, but to the Sultan's palace. Francis fell to his knees in front of the Sultan and said: "Lord, make me an instrument of your peace. Where there is hatred let me bring love. Where there is injury, pardon. Where there is doubt, faith." The Sultan, overwhelmed by the simple faith of Francis, decided not only to spare their lives, but to let them preach wherever they wished. When they are finally ready to return, Francis viewed the portrait and was amazed to see that Leo had sketched the most beautiful portrait of Jesus. Leo explained: "I do not see you anymore. I see only Him, the face of Christ. So that is what I drew." 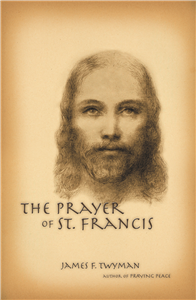 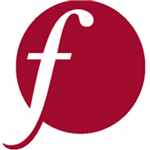 Findhorn Press is an independent publishing house in northeast Scotland which offers books, sets of cards, cds and dvds that cover a wide range of 'mind-body-spirit' topics such as nature, spirituality, alternative health (for both people and for animals), self-help, etc. We publish under 3 different 'imprints': Findhorn, Camino Guides (which focuses on guidebooks for pilgrims to Santiago de Compostela) and Earthdancer (holistic, mostly crystal, healing, and the nature/angelic kingdoms).

Findhorn Press Ltd. has chosen to review this offer before it proceeds.