The Politics of Postmodernity

An Introduction to Contemporary Politics and Culture

This book is a political tour de force that addresses the key contemporary question of what happens to politics in the postmodern condition. Politics in postmodernity is carefully contextualized by relating its specific sphere - the polity - to those of the economic, social, technological and cultural. The authors confront globalization and the notion of postmodernity as disorganized capitalism. They analyze the role of the mass media, the changing ways in which politics is used, the role of the state and the progressive potential of politics in postmodern times. Closing with a postscript on the future of the discipline of political science, this book offers a profound yet highly accessible account of how politics is undergoing a shift from the modern to the postmodern. 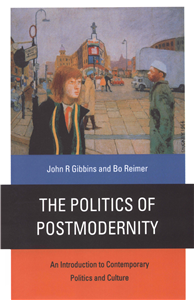