New Light On a Classic Miscarriage of Justice

Oscar Slater, a disreptuable German immigrant, living on the fringe of the Glaswegian underworld and off the proceeds of gambling and prostitution, was sentenced to death in 1909 for the brutal murder of Marion Gilchrist, a rich spinster who lived with a secret hoard of precious jewels hidden in her wardrobe in Edwardian Glasgow's fashionable West Princes Street. Slater, travelling with his mistress under a false name, was tracked down and arrested in New York. Extradited and tried in Edinburgh, he actually heard the gallows being erected for him, but was repreieved at the 11th hour and spent the next 18 years in the granite fortress of Peterhead prison, ceaselessly protesting his innocence.;Arthur Conan Doyle, turned real-life Sherlock Holmes, eventually managed to get the unjust conviction quashed and since then, argument has raged as to who really was responsible for the murder of Marion Gilchrist. One name, that of a respectable Glasgow doctor, has been an "open secret". Accused too, was Miss Gilchrist's nephew. Neither was the true killer. The author of this reinvestigation of the case argues that all previous theories have been based upon false information and the too-ready acceptance of recently honoured Detective Lieutenant Trench's investigations. All, he says, have got it wrong. Whittington-Egan looks again at the whole case and offers a new solution. 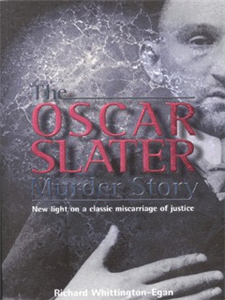