The Strange Story of Alex Alexandrowicz

Alex Alexandrowicz spent 22 years in custody protesting his innocence. This book explains how something which began with a plea bargain in the belief that he would serve a 'short' sentence turned into a Kafkaesque nightmare. His 'Prison Chronicles' are placed in perspective by Professor David Wilson. The Longest Injustice contains the full story of Anthony Alexandrovich - known universally as 'Alex'. Principally, the book is about his 29-year fight against his conviction as a seventeen-year-old for aggravated burglary, wounding with intent, and assault occasioning actual bodily harm. Twenty-two of these years were spent in prison where Alex was a discretionary life sentenced prisoner, and where he steadfastly maintained his innocence. He continues to do so after release, and is taking his case through the Criminal Cases Review Commission (CCRC), which was set up in 1995 to investigate alleged miscarriages of justice. Alex's own recollections are supplemented by analysis of the dilemma facing people in British prisons who are determined to maintain their innocence, and the book highlights the considerable disincentives and disadvantages to them of doing so. Authors Alex Alexandrowicz spent 22 years in some of Britain's most notorious gaols much of this time as a Category A high security prisoner. His Prison Chronicles are a first hand account in which he explains why he believes he was wrongly convicted (a matter currently with the Criminal Cases Review Commission) and vividly recreates his experiences of the early years following his arrest. Institutionalised by the system and apprehensive of the outside world he now lives alone in Milton Keynes where he continues the long fight to clear his name from a flat which has grown to resemble a prison cell. David Wilson is professor of criminology at the Centre for Criminal Justice Policy and Research at the University of Central England in Birmingham. A former prison governor, he is editor of the Howard Journal and a well-known author, broadcaster and presenter for TV and radio, including for the BBC, C4 and Sky Television. He has written three other books for Waterside Press: Prison(er) Education: Stories of Change and Transformation (with Ann Reuss) (2000) , Images of Incarceration: Representations of Prison in Film and Television Drama (with Sean O'Sullivan) (2004), and Serial Killers: Hunting Britons and Their Victims (2007). 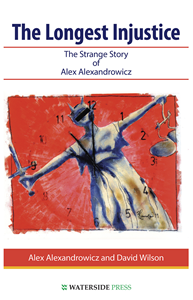 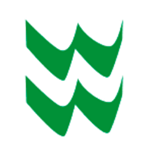 WATERSIDE PRESS publishes works of interest across the legal system where many of its titles have become staples for practitioners, tutors and librarians. Waterside authors come from a wide range of backgrounds and include for example lawyers, judges, campaigners, ex-prisoners, historians, biographers, criminologists and other experts. We also publish works on aspects of social history and seek to blend readability with excellence, diversity, innovation and integrity. In 2010, Waterside Press published Sir William Garrow: His Life Times and Fight for Justice the contents of which were mirrored in the award-winning BBC TV series 'Garrows Law', leading to other projects touching on popular culture or with links to the media.

Waterside Press Ltd has chosen to review this offer before it proceeds.