When Farchar MacNab goes on a blinder of a drinking session at Hogmanay he stays away for three days. The temperature drops to minus 22, and he returns to his remote unheated cottage in the thaw to find that his partner and newborn baby have frozen to death. Fach retreats to Glasgow, where he tries to hide from the world by living in a derelict Victorian railway station below the Botanic Gardens in Glasgow's West End - "a black airless hole with pigeons for neighbours and a park full of beauty on the roof of his world". Scared of the light, Fach leaves his tunnel only at night for the safety of The Coffin - Glasgow's first 'death theme' pub - and The Gravy Star, the cafe where people don't stare too much. Slightly mad, he raves to himself, and tries to overcome his past. Obsessed with his Baden Powell-influenced upbringing at the hands of his Uncle Duncan, Fach dreams of leaving the tunnel for the Strath, place of his birth, in the Highlands. When he does, he strides out through post-industrial Glasgow, reflecting on his own family history, a hysterically funny trip to Berlin, and the toll Maggie Thatcher took on Scotland over 11 years.;His return to his home village brings a dramatic reckoning. His return to the tunnel brings a positive turn-around that makes him approach the 21st century with new hope. 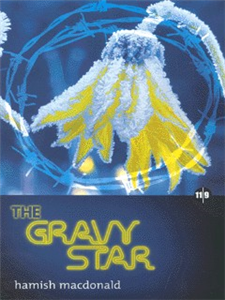