The End of Where We Begin

Veronica is a teenager when civil war erupts in South Sudan. Lonely and friendless after the death of her father, she finds solace in her first boyfriend, and together they flee across the city. On the same night, Daniel, the son of a colonel, also makes his escape, but finds himself stranded by the River Nile, alone and vulnerable. Lilian is a young mother, who runs for her life with her little boy – until a bomb attack wrenches them apart, forcing her to trek on alone. After epic journeys of endurance, their lives cross in Bidi Bidi, Uganda – the world’s largest refugee camp. There they meet James, a counsellor who helps them to find light and hope in the darkest of places. 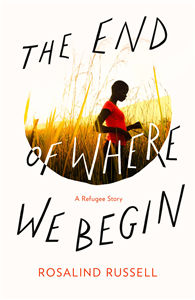 Rosalind Russell is a journalist and editor with two decades of international experience. She has worked as a foreign correspondent for Reuters and The Independent in East Africa, the Middle East and Asia. Her reporting included the fall of the Taliban in Afghanistan, the war in Iraq and Myanmar’s Saffron Revolution. Her first book, Burma’s Spring, published in 2014, was described by Asian Affairs as “reportage at its best” and reached number one in the UK Kindle non-fiction bestseller list.

The Small Publisher Rights Showcase contains a carefully curated selection of books being published by small and independent publishers from across the UK.

Rights2 Consultants has chosen to review this offer before it proceeds.