The Devil in Soho

Aidan McRaney is a young man with secrets. Written in the first person, present tense, we are immediately drawn into the action. After he has taken revenge, in company with Verdi Benson, eleven years his senior, on the man who violated and killed Aidan's 18 year old sister Laurena, he decides he needs to escape for awhile. He leaves London to stay with his Aunt and Uncle in Dublin, where he meets Irish country singer Caitlan McKenna. She also works in the bar near the quayside, where she sings. Caitlan has a boyfriend, but he is abusive to her. Aidan falls for the pretty 19 year old girl, and wishes to make her acquaintance. When Aidan rescues her from her greasy punk boyfriend, he is immediately drawn into her world, which isn't without it's own secrets. Caitlan, however, believes that Aidan is merely a landscape gardener back in London, and has no idea that gangland is trying to pull him back into its own world. Since her mother committed suicide by crashing her car into the Dublin traffic, in which Caitlan was also pronounced dead for six minutes, she suffers with psychotic episodes and distressing migraines. Aidan is compelled to return to London when his ex-wife calls him, while he is with Caitlan in a hotel room, to say that their son Patrick has been hospitalised with meningitis. He reluctantly leaves Caitlan, only to discover that his jealous ex Judy has lied. Patrick has nothing worse than a head cold. He angrily challenges Judy over this, and retaliates by telling her that he has met someone. His son doesn't want him to have another woman. When Patrick meets Caitlan, who has journeyed to London to be with the man she loves, Patrick is spiteful to her, and reveals that his father went to prison for killing a man, which is something that Aidan doesn't wish her to know, because he is scared of losing her. Caitlan is upset. But during a schizophrenic episode, in which they have sex, she tells Aidan that it turned her on what he did. During the Christmas period, Aidan learns of an incriminating DVD of what he and Verdi did to Stephen Fitzwalter in a farmhouse in Joydens Wood. How Aidan took a serrated edge blade and sliced Fitzwalter up. Aidan holds Suzanne Markwell hostage in the room above the club in exchange for the DVD to be delivered by his ex-cell mate Dennis Mitchell. 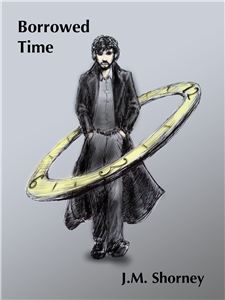