Set in Victorian London, The Analyst follows a trail of intrigue in a realistic period setting reflecting a 'modern' scientific society that still drags a dark underside of squalid desolation. It tells of a grim struggle -- a tragedy -- of a man's sanity slipping away, gradually deteriorating to the point of him eventually going over the edge with horrendous consequences. His brain screamed. The room rapidly becoming claustrophobic, with the walls crushing in on his mind. If he remained here it would suffocate him, annihilate him. Destruction now reared up in his mind, a heaving black monster held back on naught but feeble leash. The novel is directed at the psychological conscience-probing mystery section of the fiction market, the main character's mental conflict, with its hauntingly mind-searching flashbacks, putting it into the Freudian/Hyde bracket. 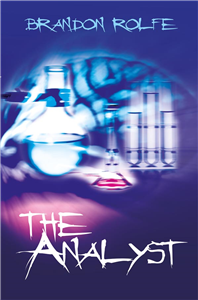