The Admiral’s Baths is composed of four inter-connected stories, each told from the perspective of a different woman in her own time period.  The story opens as a contemporary historian conducts research at the baths, making discoveries which lead us back in time. History unfolds through the stories of the struggles, desires, tragedies, and triumphs of these four protagonists. Although they are separated by hundreds of years, we find that what connects them is more powerful than the passage of time.

The Admiral’s Baths (102,300 words) revolves around an actual monument in Valencia, Spain, a medieval public bathhouse which was open for nearly seven centuries and is now a museum.  Some years ago, I translated several articles about the monument, covering its history, owners, architecture, and restoration. I became fascinated with the subject, and was particularly struck by its longevity. The Baths’ long history became an integral part of the story; instead of choosing one moment in the Baths’ – and Spain’s—history, I chose four: the 14th, 16th, and 19th centuries as well as the 21st. 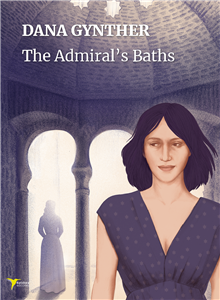 "With captivating prose and vibrant detail, Dana Gynther captures therich history of Valencia through the eyes of four determined women,separated by centuries, but united by the extraordinary Admiral'sBaths."
- Jessica Brockmole, internationally bestselling author of Letters from Skye


"Rich with fascinating history, Gynther brings the past and present of Valencia, Spain and the Admiral's Baths to vibrant life. I reveled inreading about these fascinating locations and all of the colorful characters who strolled down Valencia's sun-drenched streets and steeped in the bath's steam-filled rooms."
- Anna Lee Huber, bestselling author of the Lady Darby Mysteries

Dana Gynther was raised in Alabama, but has lived in Missouri, Massachusettes, France, Costa Rica and Spain. A writer of historical fiction, her first two titles, "Crossing on the Paris" and "The Woman in the Photograph" -- both with a French connection-- were inspired by her own connection to France. She spent nearly two years there after graduating from college, then returned to the Universtity of Alabama to earn an MA in French Literature. After finishing her degree, however, she settled in Valencia, Spain, where she has lived for more than twenty years. Her third novel, "The Admiral's Baths," a multi-period historical, is set in Valencia. She began writing this novel after translating the website for the actual monument, a 14th century public bathhouse in the heart of the city. 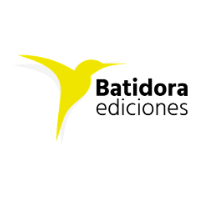 All the works we publish reflect our subject matter and our undertaking: to publish books for a better life. All of them radiate beauty, simplicity, gratitude and a positive attitude. They awaken feelings and invite us to look beyond the superficial.