Humankind’s battle against Nature is entering its decisive stage. Once more the explosive showdown of the apocalyptic TERRA series keeps the reader in breathless suspense. Humanity appears to be on the brink of destruction. Vast areas of land have been wiped off the face of the Earth, vegetation has reconquered its living space, but Terra Mater has by no means finished with the human bacillus. The hate-filled spirit of Nature that is claiming Younes’ body for itself, and wants to see all humans destroyed, gives him undreamt-of powers, but it also threatens to set him, his little sister and Chloe against one another. But there is even more at stake: if Younes and the other children from his visions (he had dreams about the other kids) do not stop Terra Mater soon from fulfilling her plans, every single human being will disappear from the planet. In order to prevent that from happening, they must come face to face with raging Mother Earth, and must not only conquer their fear but must also look Death in the eye. 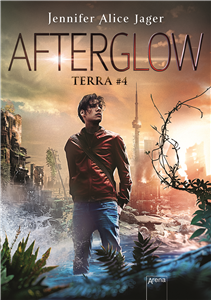