Sangin A Glance Through Afghan Eyes

As a British Army Officer in the Corps of Royal Engineers Toby Woodbridge twice deployed to Afghanistan’s Helmand Province, and spent a total of eight months in the notorious District of Sangin. Employed as mentor to the Afghan National Police during his last tour in the town Woodbridge spent over six months living, working and fighting alongside members of that much maligned but critically important organisation, gaining a privileged view of their work and insight into their world. His experiences from those two tours provide the background for this unique perspective on the difficulties and dangers involved when working, living and surviving on the front line of Afghanistan’s insurgency. 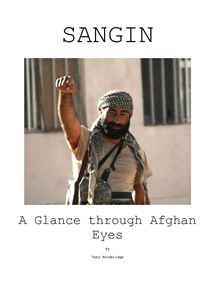