Sanctuary and Crime rethinks the history of sanctuary protections for criminals in the Western legal tradition. From the twilight of the Roman Empire until the sixteenth century, every major medieval legal tradition afforded protections to fugitive criminals who took sanctuary in churches. Sanctuary-seeking criminals might have been required to perform penance, or go into exile, but they were guaranteed immunity from corporal and capital punishment. In the sixteenth century, sanctuary protections were abolished throughout Europe, uprooting an ancient tradition and replacing it with a new set of juridical arguments about law, crime, and the power to punish. After situating sanctuary law within early Christian and late Roman traditions, this book explores a rich range of medieval legal, ecclesiastical, and social sources, with special attention to the early English common law, and concludes by examining the legal arguments that led to the abolition of sanctuary privileges and ushered in a new, state-centered age of criminal deterrence and social control. 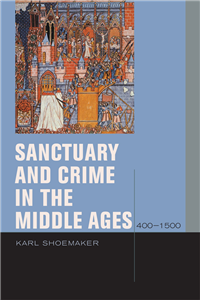