Providing a robust conceptual framework, urban regime theory has - despite its cited shortcomings - gained a dominant position in the literature on local politics, in addition to its recent use in contexts outside the United States and in comparative cross-national research. Reconstructing Urban Regime Theory presents a challenging argument for the need to reconceptualize urban regime's middle level abstractions by interpreting it through the higher level abstractions of regulationist theory. The contributors propose stronger conceptual linkages between local agents and institutions, regime transformation, and the restructuring of urban space. The blend of empirical and case study provides an excellent mix of theory and practice. 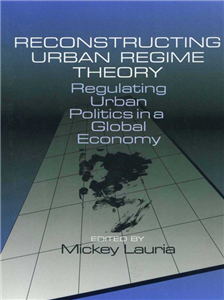