This is the story of a very special little bird called Raz who is a Fartle bird.'Raz, The Raspberry Fartle Bird, is a mysterious creature that has strange and magical powers. He has been living on a farm for some time but, due to a crop failure, he has to move on. He has no memory other than the farm and when he meets new friends called Jamie and Lily he makes his new home with them. This is the start of his great adventures that lead to Raz finding out who he is and where he originally came from. (Book two) In this first book Raz has some great adventures with his new found friends but Jamie and Lily need to make sure that his existence is kept very secret. 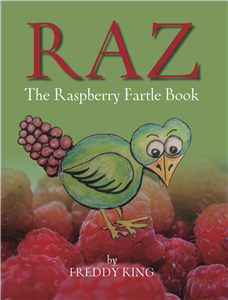