The Temporal-Spatial Experience and the Cultural Imagination of Trains, 19840-1937

The railway was invented to make people rediscover the world!

For a long time, railways and trains, as the most dazzling products of modern technological civilization, have naturally been regarded as symbols of modernity. It could be said that the railway was born to make people rediscover the world. It changes the way we feel time and space and reshapes our grasp of the world. It not only plays a practical role in the social economy, but also penetrates the powerful influences into the history and culture.

Railway Modernity in China chronicles from the late Qing Dynasty to the Republic of China, to rethink many issues of modernity under the theme of time and space experience and cultural imagination caused by railways and trains in six different aspects:

- The naming story of the railway

- Railway journey and literary writing in the Republic of China

Li Siyi used the railway as a method, as an opportunity, and as the key to understanding the Chinese modernity. He explores how the railway is connected with the modern imagination and experience, through the impact and adaptation after the development of railway in late Qing Dynasty and the Republic of China during about a hundred year from 1840 to 1937. When the railway has become an intermediary between human and the world, how do China and the modern Chinese use language recognition, visual perception, and event discourse to take shape in a simultaneous and indivisible relationship of “human-railway-world” since then.

The story about the railway is endless, and there is so many about culture and thought behind it, which is worthy of our in-depth study. Because whether it is railways or modernity, we don't know them very well as we think.

Li Siyi (李思逸), is currently a lecturer in Cultural Studies at the Chinese University of Hong Kong. He obtained his PhD in Cultural Studies and M.A. in Intercultural Studies and Linguistics from the Chinese University of Hong Kong, and his B.A. in Humanities from Wuhan University, China. He was a visiting fellow at Harvard-Yenching Institute, Harvard University from 2016 to 2017. Li’s research interests include modernity and modernism, critical theories, visual studies, philosophy of technology, and modern Chinese literature and culture. His recent teaching experience ranges over the fields of cultural theories, literary studies, and intellectual history with course titles like “Introduction to Cultural Theories,” “Modernity and Urban Culture,” “Film and Literature,” and “From Tradition to Modernity: Selected Readings of 20th Century Chinese Culture.” His Ph.D. dissertation was turned into a published book, Railway Modernity in China (China Times, 2020), which is the first book-length study of trains and railways from the late Qing to the Republican China (1840-1937) from the perspective of modernity and cultural representation. 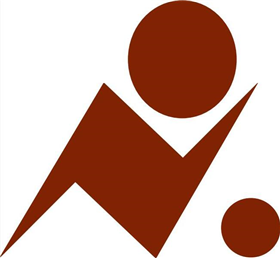 Ailbert Cultural Company Limited was established in 2012 with the original purpose of promoting the works of Taiwanese writers to Mainland China, and then expanding the translation rights territory to Southeast Asia such as Thailand, Vietnam, and Indonesia, as well as the UK, US and European markets. Since 2018, we started to authorize TV/film rights across the world on behalf of our representative authors. 安伯文化事業有限公司成立於2012年，最初宗旨是將台灣作家的著作推向中國大陸，隨後拓展版權版圖至泰國、越南、印尼等東南亞地區，以及英美歐書市。我們授權代理的知名台灣導演和藝人作家包括：吳念真導演（《這些年，那些事》，中簡版在中國暢銷逾50萬冊）、小S（《國際廚娘的終極導師》）、陳昇（《9999滴眼淚》、《鹹魚的滋味》等共7本書）、曲家瑞（《誰說我沒有影響力》等共3本書）、黃子佼（《我還在》）、鄭華娟（《氣質卡小狗學堂》）；以及台灣年度暢銷作家：肆一（《可不可以，你也剛好喜歡我？》等共4本書）、Peter Su（《夢想這條路踏上了，跪著也要走完》等共3本書；同時代理著作文學小說家，包括囊括多座文學獎項的張貴興（《野豬渡河》和《沙龍祖母》等3本小說）、香港知名小說家董啟章（《愛妻》和《命子》等2本小說）；自2018年為旗下代理作家授權影視版權，包括董啟章的《體育時期》授權全球電影版權等。

Ailbert Cultural Company Limited has chosen to review this offer before it proceeds.