The groundbreaking first edition of Principles of Comparative Politics offered the most comprehensive and up-to-date view of the rich world of comparative inquiry, research, and scholarship. Now, this thoroughly revised second edition offers students an even better guide to cross-national comparison and why it matters. The new edition retains its focus on the enduring questions with which scholars grapple, the issues about which consensus has started to emerge, and the tools comparativists use to get at the complex problems in the field. Improving organization and integrating the latest scholarship, important changes include:

- A new "Varieties of Dictatorship" chapter;

- Reorganization of the "What is Science?" chapter with a focus on the scientific method and reduced emphasis on Mill's Methods;

- A streamlined "Problems with Group Decision Making" chapter that focuses on government formation and collapse as a principle-agent problem;

- Timely analysis of developments in the Middle East as part of the "Democratic Transitions" chapter including an examination of the use of coordinating devices and differences within the region focusing on outcomes and coalitions;

- Updates for current events, including coverage of late Bush and Obama era policies, war in Somalia, the intervention in Libya, and more. 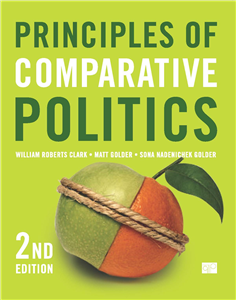