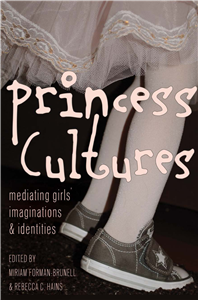 Miriam Forman-Brunell is Professor of History at the University of Missouri-Kansas City and author of Made to Play House: Dolls and the Commercialization of American Girlhood (1993/8). Her recent publications include Babysitters: An American History (2009) and The Girls’ History and Culture Readers (2011). Rebecca C. Hains is Associate Professor of Communications and Assistant Director of the Center for Childhood and Youth Studies at Salem State University. She is the author of Growing Up With Girl Power: Girlhood on Screen and in Everyday Life (2012) and The Princess Problem: Guiding Our Girls Through the Princess-Obsessed Years (2015).