The Extermination of Wolves and the Transformation of the West

Tracking wolves from the days of the conquistadors to the present, author Michael Robinson shows that their story merges with that of the U.S. Bureau of Biological Survey.

This federal agency was chartered to research insects and birds but -- because of various pressures -- morphed into a political powerhouse dedicated to killing wolves and other wildlife. Robinson follows wolves' successful adaptation to the arrival of explorers, mountain men, and bounty hunters, through their disastrous century-long entanglement with the federal government. He shares the parallel story of the Biological Survey's rise, detailing the personal, social, geographic, and political forces that allowed it to thrive despite opposition from hunters, animal lovers, scientists, environmentalists, and presidents. 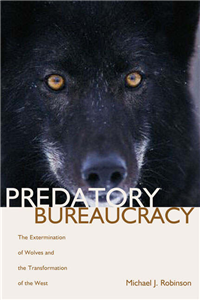