The processes of political mobilization and identity formation in the rural regions of Bombay Presidency between 1934 and 1947 are the major focus of this work. Studying the politics of the masses, their aspirations and demands—both within the formal institutional frameworks of the colonial `public space` as well as outside it—this book provides insights into political and social change in 20th century India.

Emphasizing micro-level revolts—which, rather than subaltern militancy, express a collective endeavour by the people to solve their local problems by wresting immediate and tangible concessions—this book:
- Details the multiple forms of mobilization and resistance among various groups—women, peasants, elites, lower castes and tribals.
- Explores issues such as the nature of social conditions, leadership and participants; the development of mass consciousness; the moralities and methods of mobilization; and, the role of religious symbols and popular culture in such mobilizations.
- Delineates various facets of peasant mobilization over 1934–47, including the peasants` response to political processes and their relationship with political associations, and the nature of agrarian conflicts as well as that of peasants` identity.
- Studies both the collective action of tribals—in the form of crimes for survival, religious reform and politically motivated struggle—and Dalit mobilization around the issue of untouchability.
- Contributes to the theoretical debate on nationalism and identity while critiquing the three main strands of nationalist thought as represented by Ernest Gellner, Anthony D Smith and Benedict Anderson. 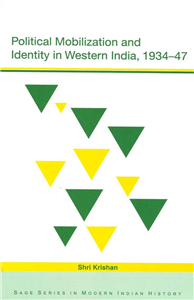