Patterns of Middle Class Consumption in India and China

Patterns of Middle Class Consumption in India and China explores the complex history and sociology of the middle class from a comparative perspective. It has papers written by sociologists, anthropologists and political scientists rather than economists, so the emphasis is on cultural shifts rather than economic statistics.The major contribution of this volume is that these two emerging powers of Asia are not, as is usual, compared to the West, but with each other. Considering that these two societies have so much in common in scale, civilization history and as emerging economies, the book is timely.

The focus of the book is on the social and political implications of the new consumption patterns among the middle classes of India and China in the context of economic growth, liberalization of markets and globalization. Reflecting upon and critically engaging with the traditional sociological notions on which definitions of the middle class have been based, the book analyzes the intermingling of these notions with new attitudes in the wake of the consumer revolution. More specifically, an entire gamut of aspects of the consumer culture have been explored-tourism, leisure activities and the entertainment industry (art, Karaoke and soap operas)—as well as the consumption of experiences through these. It is argued that these phenomena have particular Indian and Chinese incarnations, which need to be analyzed in a manner that does not privilege a limited western experience of globalization.

With its fresh insights and perspectives, the book will appeal to students of anthropology, sociology, political science, media studies and cultural studies. It will also be useful for market research professionals. 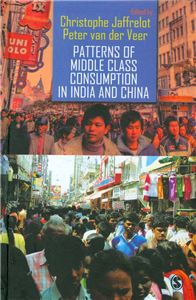