On India: Self-image and Counter-image looks at the philosophical and religious as well as the sociopolitical forces that are at work in the Indian cultural soil shaping multiple aspects of the lives of millions. The principal focus is on some images construed both by insiders and outsiders reflecting various aspects that are relevant for comprehending India. The essays address two major concerns: one is about how cross-cultural conversation on India should proceed today, noting some of the primary issues and concerns; the other is with regard to whether India has a core cultural image identifiable among the range of competing images, and if so, how to conceptualize its counter-image. The contributors discuss whether it is possible to arrive at a consensus about the persistent features of the Indian civilization without losing out on the defining characteristic of changing values and norms. The wide canvas of depictions and conceptualizations throw light on the aspirations and ground realities of the geopolitically bounded space called India. 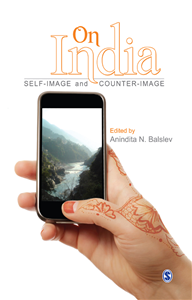