The Fragility of the Chinese Miracle

Managed Chaos reads into the resounding events of Chinese politics and economy, ending the schizophrenia that the readers have lived with. It delves deep into both elements: the economic narrative that China has sustained a near 10 per cent growth rate for 30 years and the political narrative that China is an increasingly fragile state, trapped in an incomplete transition from a totalitarian to a democratic market economy. For the first time, in his reading of China, the author consolidates this paradox by inferring that the cause behind both the growth and the political discontent is the politics of China.

The defining features of this book are:

" Armed with an original application of Michal Kalecki's theory of intermediate regimes, this book provides an explanation of China's explosive growth.

" It indicates the formation of a new stratum, through winding up of centralised planning, the stratum of 'proto-bourgeoisie', consisting of the local cadres of the communist party, who can counter the central cadres for capturing investible resources of the state.

" It creates a single politic-economic model that explains China's economic and political development. The causal connections in the model make it possible to predict China's future, and the challenges it faces.

This book makes a significant contribution to the literature on Chinese political economy over the last three decades. It is a must read for all informed and serious readers. Policy makers and those studying international relations and politics will also find it useful. 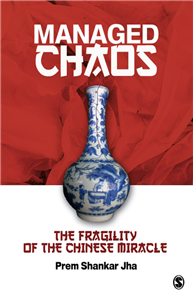