Loved (Book #2 in the Vampire Journals) 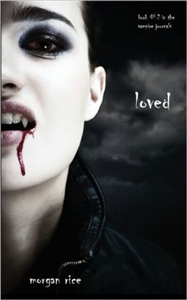 Lukeman Literary Management Ltd is a New York based literary agency. Since our inception in 1996 we have been responsible for securing over 200 book deals for authors with all of the major publishers, including Random House, Ballantine, Knopf, Crown, Bantam Dell, Doubleday Broadway, Simon & Schuster, The Free Press, Atria/Pocket Books, Fireside, Warner Books, HarperCollins, Morrow/Avon, Regan Books, Viking, Penguin, Putnam, Perigee, Berkley, Dutton, NAL, St. Martins Press, WW Norton, Hyperion, Houghton Mifflin, Farrar, Straus, Giroux, Harcourt Brace, Algonquin, Grove Atlantic, Henry Holt and Bloomsbury, among others. We have additionally represented multiple book deals overseas, serializations in magazines and options to film. We have represented a broad range of literary and commercial fiction and non-fiction. For foreign sales we work in conjunction with sub-agents in nearly every book-buying country in the world. For film and TV sales, we work in conjunction with sub-agents at most of the major talent agencies.

Lukeman Literary Management Ltd has chosen to review this offer before it proceeds.