Literature and the Remains of the Death Penalty

Jacques Derrida has written that “the modern history of the institution named literature in Europe over the last three or four centuries is contemporary with and indissociable from a contestation of the death penalty.” How, Kamuf asks, does literature contest the death penalty today, particularly in the United States, where it remains the last of its kind in a nation that professes to be a democracy? What resources do fiction, narrative, and poetic language supply in the age of the remains of the death penalty? Following a lucid account of Derrida’s approach to the death penalty, Kamuf pursues these questions across literary texts by George Orwell, Robert Coover, Norman Mailer, Franz Kafka, and Charles Baudelaire. The readings address a range of questions that haunt the death penalty: the “mysteries” of witness; secrecy and public display; the undecidable relation of capital punishment and suicide; the sovereign powers of death and of pardon; and ways performative literary language can “play the law.” In relation to the death penalties they represent, these literary survivals may be seen as the ashes or remains of the phantasm that the death penalty has always been, the phantasm of calculating and ending finitude. A major contribution to the field of law and society, this book makes the case for literature as a space for contesting the death penalty, a case that scholars and activists working across a range of traditions will need to confront. 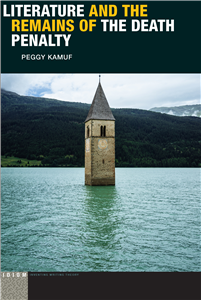 This is a superb book, with rich readings of essential texts that offer a fresh start to an urgent but often ignored question of justice. Without moralizing, Kamuf takes a strong position against the death penalty, directly confronting the actual legal, political, ethical, social, and philosophical questions it raises. In one blow, she overhauls the debate and makes us look at what really matters in it. The book will find a wide, hungry, and receptive audience across a range of fields and disciplines.', Thomas Keenan, Bard College 'A capstone book. Kamuf’s scholarship is careful and honest, and the book is a delight to read.', Diane Rubenstein, Cornell University

Peggy Kamuf is Professor Emerita of French and Comparative Literature at the University of Southern California. Her books include To Follow: The Wake of Jacques Derrida and Book of Addresses, which won the René Wellek Prize. She is co-editor of the seminars of Jacques Derrida and has translated several books by Derrida, including The Death Penalty I.