This book, at the intersections of political sociology, political philosophy, and theology, reads the legacy of Bosnia as both a paradigm and an antiparadigm for the human condition. The adjective Bosnian sums up an acceptance of the diversity of human attitudes toward the world and toward God. Yet the Bosnian tradition of accepting the inevitability of, and thus the right to, differing Christologies among people who speak the same language and share the same history has been reduced to the antiparadigms of confessionalism, ethnicism, and ultimately nationalism, which seeks either to expel or to subordinate to the majority everything that is other. 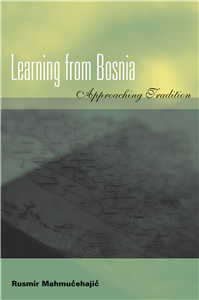