This long-awaited, magisterial study - an unparalleled blend of philosophy, poetry, and philology - draws on theories of sexuality, phenomenology, comparative religion, philological writings on Kabbalah, Russian formalism, Wittgenstein, Rosenzweig, William Blake, and the very physics of the time-space continuum to establish what will surely become a highwater mark in work on Kabbalah. Not only a study of texts, Language, Eros, Being is perhaps the fullest confrontation of the body in Jewish studies, if not in religious studies as a whole.;Elliot R. Wolfson explores the complex gender symbolism that permeates Kabbalistic literature. Focusing on the nexus of asceticism and eroticism, he seeks to define the role of symbolic and poetically charged language in the erotically configured visionary imagination of the medieval Kabbalists. He demonstrates that the traditional Kabbalistic view of gender was a monolithic and androcentric one, in which the feminine was conceived as being derived from the masculine. He does not shrink from the negative implications of this doctrine, but seeks to make an honest acknowledgment of the first step toward the redemption of an ancient wisdom.;Comparisons with other mystical traditions - including those in Christianity, Buddhism, and Islam - are a remarkable feature throughout the book. They will make it important well beyond Jewish studies, indeed, a must for historians of comparative religion, in particular of comparative mysticism. 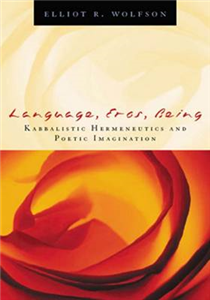