The Defence of the Real

This book goes beyond Baudrillard's writings on consumer objects, the Gulf War and America, to identify the fundamental logic that underpins his writings. It does this through a series of close readings of his main texts, paying particular attention to the form and internal coherence of his arguments. The book is written for all those who want a general introduction to Baudrillard's work, and will also appeal to those readers who are interested in social theory, but who have not yet taken Baudrillard seriously. 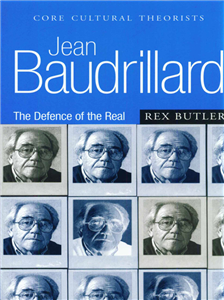