The present volume is the first study in the English language to focus specifically on Italian crime fiction, weaving together a historical perspective and a thematic approach, with a particular focus on the representation of space, especially city space, gender, and the tradition of impegno, the social and political engagement which characterised the Italian cultural and literary scene in the postwar period. The 8 chapters in this volume explore the distinctive features of the Italian tradition from the 1930s to the present, by focusing on a wide range of detective and crime novels by selected Italian writers, some of whom have an established international reputation, such as C. E. Gadda, L. Sciascia and U. Eco, whilst others may be relatively unknown, such as the new generation of crime writers of the Bologna school and Italian women crime writers. Each chapter examines a specific period, movement or group of writers, as well as engaging with broader debates over the contribution crime fiction makes more generally to contemporary Italian and European culture. The editor and contributors of this volume argue strongly in favour of reinstating crime fiction within the canon of Italian modern literature by presenting this once marginalised literary genre as a body of works which, when viewed without the artificial distinction between high and popular literature, shows a remarkable insight into Italy’s postwar history, tracking its societal and political troubles and changes as well as often also engaging with metaphorical and philosophical notions of right or wrong, evil, redemption, and the search of the self. 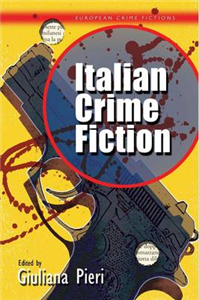