Johanna, an artist, has spent the last three decades living in the US with her husband and their son. After her husband dies, Johanna returns to her native Norway. A gallery has invited her to create a retrospective exhibition, with a new, commissioned work as its centrepiece.

Johanna rents an apartment by the fjord, and a small cabin in the woods on the outskirts of the city. As she traverses the city, back and forth between the two places, she searches for a sense of direction in the work ahead of her, and for a discovery to bridge her past to the present.

What remains of the life Johanna left behind in Norway, several decades ago? What is she expecting to find upon her return? And what if that something should choose not to appear?

Vigdis Hjorth’s novel Is Mother Dead is a riveting, immersive story about the most fundamental longings and disappointments of our lives. In her unmistakable voice, the author blends deep psychological insight and keen empathy with perspectives from art and literature. At the heart of this novel lies the question of what it means to come to terms with one’s past, when neither making amends nor letting go is an option. 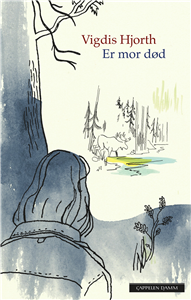 '(...) an intergenerational bust-up that sends sparks flying. It’s profoundly shocking, brutally honest, and intelligently conceived. The literary exploration of the mother-daughter relationship in Is Mother Dead is both universal and courageous – and delivered with linguistic aplomb and stylistic confidence displaying Hjorth’s usual quality.'

'Vigdis Hjorth is back at her best, with a raw and painful book (…) Brave and uncompromising.'

The literary exploration of the mother-daughter relationship in Is Mother Dead is both universal and courageous – and delivered with linguistic aplomb and stylistic confidence displaying Hjorth’s usual quality.
DAGBLADET (Norway)

The relationship between mother and daughter could hardly be portrayed in a manner that is more critical and heart-breaking than Vigdis Hjorth does in her novel Is Mother Dead.

Vigdis Hjorth proves herself yet again to be a great author.

Beautifully modulated language, a sharp gaze, and the ability to depict, with merciless frankness and deep psychological insight, the central character (…)

Hjorth has a unique ability to create both large and small canvasses with apparently simple means, alternating texts, some told almost in the language of riddles or as brief, poetic stanzas, rhymes, or recurring phrases (…)

Is Mother Dead is superb writing, shocking, compelling and recognisable (…)

This is a hard-core mother-daughter relationship in a form which is elegant and linguistically coherent.
VG (Norway)

Is Mother Dead is an important novel that reveals to us an artist’s inner processes that spark a debate.
NRK (Norway)

Vigdis Hjorth is back at her best, with a raw and painful book (…)

A universal and powerful story about childhood wounds that never heal and a mother’s love that may not endure everything.

Is Mother Dead is a strong and very good book.
ADRESSEAVISEN (Norway)

Vigdis Hjorth's Is Mother Dead is a brooding and searching novel that proves why she is among our very best.

The book resembles a thriller; the crescendo is edge-of-your-seat literature. Hjorth is an expert in plotting and linguistic rhythm. Long sections are broken up by pages with plenty of air and low-key reflections, several of which you will return to and read again and again.

With Is Mother Dead, Vigdis Hjorth has written one of the most exceptional and accurate accounts of loss that I can remember ever reading.

The last 30 to 40 pages of Is Mother Dead are a crescendo of a very rare kind, and when I had read the last sentence my body reacted with a spontaneous gasp – of delight and amazement. Hjorth [has] written her finest novel yet. I will never forget Johanna.
MORGENBLADET (Norway)

Vigdis Hjorth (b. 1959) has made an exciting literary career and has written many popular books for both children and adults. Today she is an award-winning author and one of Norway's most interesting, contemporary writers.

She has won a number of prizes and awards, amongst them: The Gyldendal Prize in 2011, the Critics Award in 2012, The Honorary Brage Award and the Amalie Skram Award in 2014, The Aschehoug Award in 2015 and the Booksellers Prize in 2016.

Her books have been published in 27 countries. 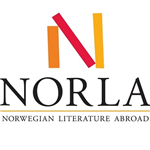 NORLA has chosen to review this offer before it proceeds.