Indigeneity and Universality in Social Science

Emerging out of the Renaissance and the industrial revolution, the set of disciplines that got institutionalised as the social sciences were fashioned in Europe. However, what were areas of scholarly inquiry responding to specifically Western problems and concerns, laid claim to universality in course of time and were uncritically accepted as being so until they began to be challenged by non-Western thinkers in the second half of the twentieth century.

Some of the issues explored in this twin framework are:
- The de-parochialisation of Western social science.
- The concept of the ‘captive mind’, which fails to fathom its captivity.
- The limitations of Western social sciences on crucial issues such as modernisation, economic liberalisation and structural adjustment.
- The validity and potential of indigenous models of development as demonstrated by Bhutan’s concept of Gross National Happiness.
- Oral traditions and their potential for universal knowledge. 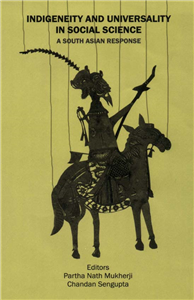