A girl torn between two brothers. Regardless of which one she falls in love with it will be disastrous for the other. Christopher and Adrian have sworn that no girl will ever come between them again, because there is a sleeping monster inside Adrian, just waiting to hurt his brother. But then Jessa comes to High Moor Grange… Jessa would do anything to find her sister Alice, who has been registered as missing for five years. High Moor Grange is the first clue she has been given after all this time – but apart from a ruin shrouded in mist, all she finds there are the owners of this dilapidated manor house. Jessa suspects that they both know more about Alice’s disappearance than they admit. Christopher wants nothing more than to be rid of her, and constantly gets on her nerves with his arrogance – and even his warm-hearted brother Adrian seems to be harbouring some secrets. Jessica knows that she ought to stay away from the twin brothers, because instead of finding answers at High Moor Grange, she finds herself in danger of losing her heart in a battle against a 200-year-old curse. Dark, irresistible and deeply romantic – a modern Beauty and the Beast story by the queen of emotions! 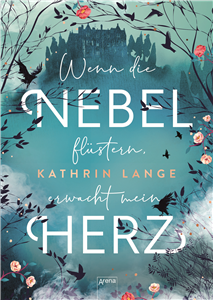