Combining the personal memories and critical analysis of a self-confessed pop addict with a wealth of contemporary documentary evidence, Gathered From Coincidence reconstructs a truly momentous era to tell the story of the music of the Sixties year by year. By tracing in parallel the origins and development of the recording careers of major talents on both sides of the Atlantic – the Beatles, the Rolling Stones, the Beach Boys, Bob Dylan, Dusty Springfield and many more besides – this account shows how they traded creativity with one another. All the great Sixties’ hits – as well as a host of less well-known gems – are described in the context of the charts of the day, tracking the ups and downs of different trends as they came and went, such as: rock’n’roll, rhythm & blues, psychedelia, modern folk, the concept album or supergroups. But beyond this, each chapter also places the music in a broader historical and cultural setting of landmark events at home and abroad – the space race, the Profumo affair, the Cold War, Vietnam, the growth of satire – to show how, as the decade unfolded, the paths of pop and current affairs drew ever closer together. If you thought the Sixties were just about the fleeting dreams of hippies in the Summer of Love, then think again! This book will open your eyes to a far-reaching imaginative legacy and how it came to shape pop music as a dazzling art form in its own right. 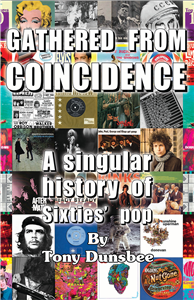