The Dynamics Unlocking the Future

At 8.45 a.m. Eastern Standard Time on 11 September 2001, flight AA011 from Boston crashed into the south tower of the World Trade Center, followed by further planes hitting the north tower and, later on, the Pentagon. Nearly 3,000 people lost their lives in these atrocities, more than in the Japanese attack on Pearl Harbor in 1941. On a smaller scale commuter trains to Madrid were bombed and more recently London. Only in the last outrage were national citizens the terrorists.These were not aggressions by a state, but by individuals believing, by some satanic perversion, that by killing civilians they were doing the work of their God. There was another terrorist attack in the name of nationalism on 28 June 1914 when the Serbian terrorist Gavrilo Princip murdered the heir to the Austrian throne and his wife in a bizarre shooting incident at Sarajevo in Herzogovina, then part of the Austrian-Hungarian Empire. This atrocity led to the First World War. The 11 September, and subsequent attacks, could have as dire consequences, for the world is threatened by a convergence of six critical cycles. We will call these 'dynamics', for they will have very active and far-reaching effects.The power of any one of these cycles could cause major discontinuities in the life of the West, but in interactive combination they could be devastating. Politics, so long seen as a master of events, is now likely to become perceived as the servant.This book seeks to extrapolate the present trends and then examines historical precedents to formulate predictions. We are optimistic that arising from this convergence of critical cycles, an age is coming which will return us to a greater sense of true values and re-emphasise the individual and the liberation of the human spirit, its ingenuity and creative talent - something not unlike Martin Luther's achievement some 500 years ago. 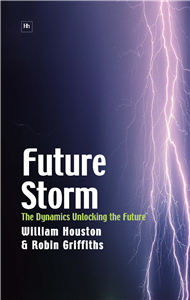