Footprints On the Sands of Time

The first part of this book deals with German PoW camps as they were opened, in chronological order and to which the Bomber Command PoWs were sent. Each chapter includes anecdotes and stories of the men in the camps - capture, escape, illness, murder and more - and illustrates the awfulness of captivity even in German hands. Roughly one in every 20 captured airmen never returned home.;The first part of the book also covers subjects such as how the PoWs were repatriated during the war; how they returned at war's end; the RAF traitors; the war crimes; and the vital role of the Red Cross. The style is part reference, part narrative and aims to correct many historical inaccuracies. It also includes previously unpublished photographs. The second part comprises an annotated list of all 10,995 RAF Bomber Command airmen who were taken prisoner, together with an extended introduction.;The book provides an important contribution to our knowledge of the war. It is a reference work not only for the serious RAF historian but for the ex-PoWs themselves and their families and anyone with an interest in the RAF in general and captivity in particular. 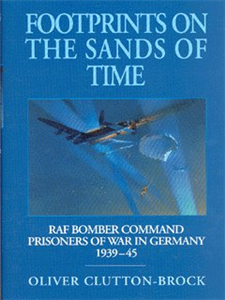