Ethnic Life-worlds in North-East India: An Analysis draws upon the phenomenological notion of the life-world to understand the culturally-embedded construction of communities, for whom the lived experience of cultural politics constitutes their identity. It analyses the cultural and political determinants of ethnic- and identity-oriented struggles in Indiaâ€™s North-East, as well as the cultural politics of ethnic mobilizations in the region.

Such mobilizations are an attempt to construct a self-identity distinct from that constructed by the stateâ€”both colonial and post-colonial Indiaâ€”which becomes a source of concern for the latter with regard to its achieving legitimacy and development in the region. While both the state and insurgent groups carve out their distinct ideological and political agenda on to the life-world of the North-East, it is at the point of diversion that the struggle for establishing such agenda falls into the trappings of constitutional determinism.

This book analyses the articulation of ethnic politics in North-East India that takes into account moves for integration as well as apparent differences. In doing so, it critically examines two major insurgent outfits of the regionâ€”NSCN and ULFA. It also discusses struggles launched by the Naga and Assamese people and develops a neologism of nations-from-below, arguing that one needs to take into account the concrete totality of the peopleâ€™s lived experiences. It bases this analysis on a critical discussion of the colonial construction of tribal identity and its post-colonial critique.

Thought-provoking and analytical, this book opens a new window to the study of Indiaâ€™s North-East, which will intrigue students and scholars across various disciplines of development studies, sociology, philosophy, anthropology, political science and ethnic studies, and will be of interest to policy-makers, NGOs and global humanitarian communities. 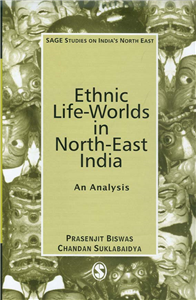