A Freudian Analysis of Mortal Terror

This book argues that conventional interpretations of Freudian psychology have not accounted for the existence and complexity of death anxiety and its intrinsic relation to the creation of illusions and delusions. This book contends that there is sufficient evidence to support the view that death anxiety is not only a symptom of certain modes of psychopathology, but is a very normal and central emotional threat human beings deal with only by impeding awareness of the threat from entering consciousness. The immanence of the fear of death requires vigilant defensive and coping techniques, especially the distortion of reality through these defenses and fantasies, so that over-whelming terror does not psychologically cripple the organism. The fear of death is so horrific that human beings must insulate themselves in religious, social, and private illusions, rituals, obsessive pursuits, self-glorification, and myriad desperate attempts to lie about the quintessential nature of reality. Death is that terror that induces psychopathology. This book demonstrates that a careful reading of Freud reveals a copious amount of material supporting these propositions. 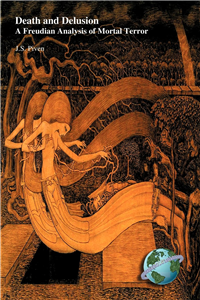