50 Years of a Classic Theory

'Dr. Joel Cooper has been at the very forefront of research on dissonance theory for decades now. In this book, he provides a brilliant and engagingly-written review of the 50-year history of dissonance research and a masterful account of the ensuing developments in the theory. The book will be an outstanding resource for readers familiar with dissonance research and an enlightening introduction for those who are not'

Why is it that people who smoke continue to do so knowing how bad it is for them? What drives people to committing adultery even though they inherently believe this is wrong? What's the outcome of this contradiction in the mind?

Cognitive dissonance has been an important and influential theory since Leon Festinger published his classic work in 1957. It is known by every social psychologist, most psychologists of any stripe, and the lay public, making its way into such mainstream publications as The New York Times with increasing frequency and accuracy. Ultimately, dissonance has become one of the most popularly known expressions of social psychological insights, making its way into the literature in consumer, health and economic behavior, and has become a frequently used explanation of political behavior in the popular press and magazines.

In marking the 50th anniversary of the theory's inception, Joel Cooper - arguably the scholar most associated with dissonance research in the past few decades - has presented a beautiful, modern and comprehensive analysis of the state of dissonance theory. This book charts the progress of dissonance theory, assessing its impact not only within our understanding of psychology but in everyday experiences as well. It should be important reading for students in social psychology, either undergraduate or graduate, but equally relevant to a host of other readers who need to understand or share the same passions for appreciating the significance of cognitive dissonance in the human psyche. 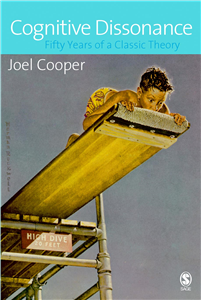