Williams analyses and compares the ways in which African Americans and the Welsh have defined themselves as minorities within larger nation states (the UK and US). The study is grounded in examples of actual friendships and cultural exchanges between African Americans and the Welsh, such as Paul Robeson’s connections with the socialists of the Welsh mining communities, and novelist Ralph Ellison’s stories about his experiences as a GI stationed in wartime Swansea. This wide ranging book draws on literary, historical, visual and musical sources to open up new avenues of research in Welsh and African American studies. 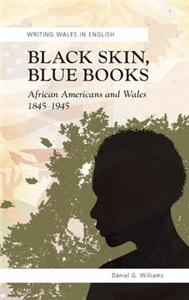