Chief Inspector Kajsa Rudolfsson and her colleagues at Falkenberg Police are, in a very short space of time, lumbered with two murders that they have to investigate.

Right next to the open-air stage in the popular outdoor leisure area "Vallarna", in the town of Falkenberg, they find a distorted, badly bruised and battered body of an older gentleman. Not only that, but the remains of a young woman are found on the beach in the small fishing village of Glommen, just north of Falkenberg on the southwestern coast of Sweden.

Could the two cases be linked in some obscure way?

In the middle of these investigations, Kajsa's closest colleague suffers a stroke. Resources are already stretched, so Chief Constable Morales has to use both his leadership skills and creativity to solve the situation.

How will Kajsa remain professional when the first victim is her friend's father? Will the Falkenberg Police be able to manage two murder investigations on their own?

In the idyllic coastal landscape, where beach meadows are tinged purple from the blooming thrift, the past is intricately interwoven with the present.. History catches up with everyone that has tried to ignore or denounce it. In this location, love conquers all, even the darkest of forces. 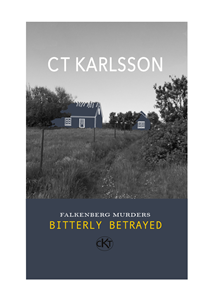 World rights available in all languages apart from Swedish

CT Karlsson was born in Stockholm in 1965.

She grew up in both Stockholm and Mexico, but nowadays she lives with her husband and their pets and horses in the picturesque village of Glommen, on the west coast of Sweden.

Prior to her writing career, C T Karlsson worked with business development, coaching, diving and geology.

Her main recreational interest, which takes up most of her spare time, is western horseback riding. 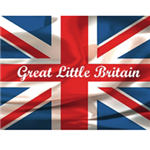 Great Little Britain Literary Agency has chosen to review this offer before it proceeds.