Ashis Nandy and the Cultural Politics of Selfhood

Ashis Nandy and the Cultural Politics of Selfhood gives the reader an insight into a novel aspect of Nandy. The author insists that Ashis Nandy is not merely a self-described political psychologist; he is also an intellectual street fighter who comes face to face with the psychology of politics and the politics of psychology, thus affirming why this intellectual is one of the most original and confronting Indian thinkers of his generation. The main features of this book are its original reading and the authentic use of the psychoanalytic theory to characterise and demonstrate the importance of psychoanalysis in Nandy's work. This innovative reading of Nandy's psychoanalytic approach is explored through his writings on secularism and the rise of Hindu fundamentalism, before looking at how this also operates in The Intimate Enemy: Loss and Recovery of Self Under Colonialsim (1983) Nandy's best-known book, and across his work more broadly. In doing so the author details the way Nandy confronts his own postcolonial identity and the complexities of the cultural politics of selfhood as a feature of his approach, an arresting and confronting task that can have a disarming effect. It affirms Nandy's significance as a contemporary chronicler whose social and political criticism resonates beyond India. 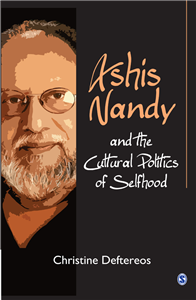