Tubby Vielle briefly mentions his schooldays, falling in love with his future wife when he was 15 years old and the effect the Great Depression and fear of starvation in 1931 had on his future. He describes his flying training at the RAF College, Cranwell, his experience as a fighter pilot at Biggin Hill in 1934 and his two years as a pilot in the Fleet Air Arm at the time of the Abyssinian war. He explains his several narrow escapes from being killed – due to his amazingly good luck which was repeated many times during his career. He details the trick by which he escaped from the Fleet Air Arm and his delight at then being given one of the top flying jobs in the RAF. He explains the overriding problem that faced all aircrew (except fighters controlled from the ground) of knowing where they were and how to fly accurately to where they intended. His posting to the Special Duties List, first at RAE Farnborough and later (at US request) based in Washington, DC, was to help direct the scientists trying to solve that problem. He mentions the part he later played (as Head of Plans, Middle East) in the negotiations of the Anglo Egyptian Treaty, and his friendship with President Nasser. He describes how he found the solution to, and reduced the likelihood of further, fatal crashes of pilots flying the Canberra and, on his first supersonic flight in a fighter, solved the problem of some fatal crashes by high flying aircraft. His experiences after leaving the RAF cover an even wider field of interesting events. 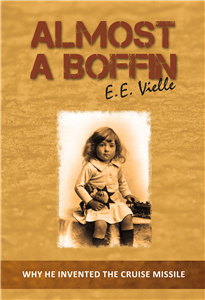