Cultural Materialism and the Break-Up of Britain

After Raymond Williams: Cultural Materialism and the Break-Up of Britain has two broad aims. The first is to re-examine the concept of cultural materialism, the term used by Raymond Williams to describe his theory of how writing and other cultural forms relate to general social and historical processes. Using this theory, the second objective is to explore the material ways in which contemporary British writing participates in one particular political process - that of the break-up of Britain. The general trajectory of the book is a matter of superseding Williams: the early chapters are devoted to extrapolating Williams's materialist theory of cultural forms, while later chapters are concerned with applying this theoretical material to a series of readings of books and films produced in the years since his death in 1988. This volume provides a detailed account of some of the writing produced in Scotland and Wales in the years surrounding political devolution, and also considers the ways in which different subcultural communities use fiction to renegotiate their relationships with the British whole. 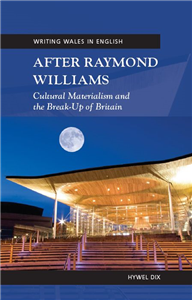