Adonais begins as he stands on the Iberian Peninsula and looks out towards the coast of North Africa, fighting for the strength to go with his inner leadings and follow his destiny that lies beyond that coast. The story observes the young Friar as he makes his journey from the Peninsula?s southern tip through the Alpujarra to a Gharnata that is feeling a new rise in sectarian tension and is hearing news of violent events across the border in Christian Sevilla. In Gharnata he meets his childhood friend Miriam in the house of Rabbi Andrew, the spiritual head of Gharnata?s distinguished Jewish population. They agree to share the journey together to her forest community that is on the way to his final destination which is the Christian frontier city of Jaen. These young orphan children who grew up as closest friends and confidantes but have blossomed into beautiful adults have a deep and soul searching time of facing a lot of their confusion over their adult relationship which causes, especially Adonais to face some of the ghosts of his past. Miriam?s joyous wedding occurs in the vibrant community of which she is a key part and the whole event provides cathartic, healing for many of the participants. After the wedding Adonais continues his journey to Jaen as the shocking, violent and murderous events of June 1391 in Sevilla become the focus.Adonais the character symbolizes the way in which a true and wholesome spirituality can rebuild a life broken by hatred and religious sectarianism. The story is set in the late 14th Century Iberian Peninsula, and evokes the tension and intrigue of the time as well as capturing its beguiling mystery.In the novel Adonais, the author has managed to survey an extremely dark, treacherous and violent era in history and show a story of the triumph of hope and goodness over that same darkness. The novel explores many themes related to the history of the period, the interaction between different religious groups and the tension between inner spirituality and outer, sectarian religion. 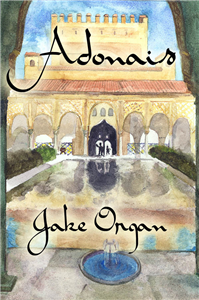