A Future for Religion?

In the 1960s many sociologists proclaimed traditional religion to be in its death throes. But, just as secularization gained nearly universal acceptance among scholars, religious resurgence burst forth from many directions - new religious movements and the growth of Islamic fundamentalism for example. In A Future for Religion?, contributors ask whether, if such dynamic forces are at work, is religion really dying? They discuss issues usually excluded from books on the sociology of religion - including religious experience, emotional renewal, religion and the body. 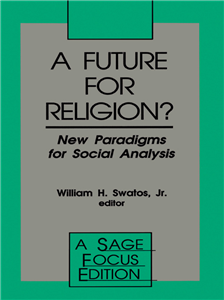